Just ask Netflix. The company recently promoted their acclaimed show “House of Cards” for Emmy consideration with a free lunch from a gourmet food truck for any eligible voter. As a clever tie-in to the show, the truck masqueraded as Freddy’s BBQ, a fictional barbeque restaurant frequented by the character Frank Underwood, played by Kevin Spacey. The House of Cards food truck was not only a great success it is also an example of food truck advertising done right.

While not the first show to use a food truck promotion (HBO’s “Dexter” once used an ice cream truck and Netflix also previously set up frozen banana stands to promote Arrested Development), this particular food truck went the extra mile to impress. “I appreciate your vote,” adorned the rented food truck, custom designed by food truck industry leaders, Roadstoves, along with menacing images of Underwood and his wife, played by Robin Wright. They didn’t skimp on the fare, either, offering ribs from the Rollin’ Rib BBQ food truck and were said to have even made the occasional home delivery to certain voters.

Most importantly, the promotional food truck, along with other marketing efforts, resulted in nine nominations overall. “House of Cards” also made Emmy Award history, for being the first digitally distributed series to earn a major nomination. Not bad for a 10 day food truck rental and a little bit of marketing know-how.

But did Netflix’ campaigning go too far with their food truck promo stunt? The TV academy currently has no rules or limitations in place. And even if it did, it is probably best answered by Robin Wright’s character on the show, Claire Underwood, “my husband doesn’t apologize, not even to me.”

What to Consider When Renting A Food Truck

How Do I Use This Food Truck Rental Website? 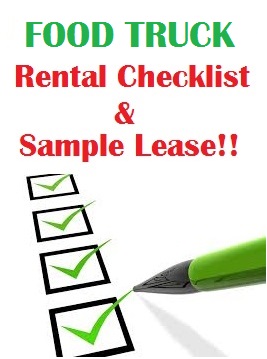